For the eight sided Hexaflexagons there are twelve variations.  The first one we consider has a twisted frieze pattern.  The numbered frieze map and image of how the completed frieze will look when assembled is shown below.  The top row of face numbers are shown in the diagram.  The bottom face numbers can easily be placed on the backs of the numbered faces shown. 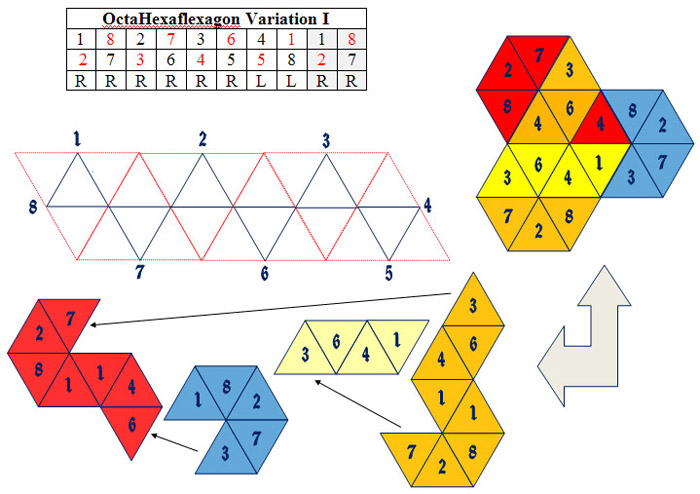 This next two 8 sided hexaflexagons form triangles. Each of these octahexaflexagons has the same frieze but a different map and different folding and flexing patterns.  There is a family of these triangle patterns for larger numbers of sides.  More on that later. 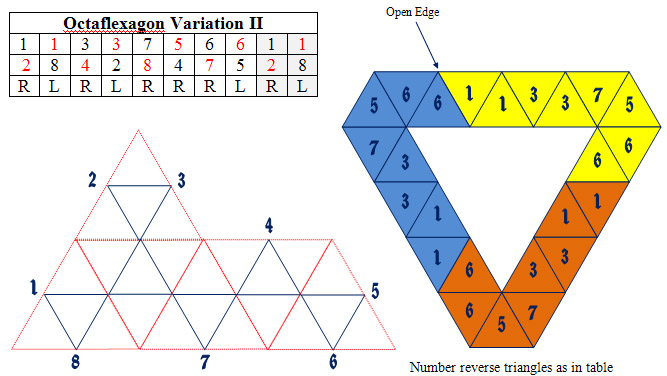 Note that this next map has exactly the same frieze as above, but a different map and different folding and flexing patterns. 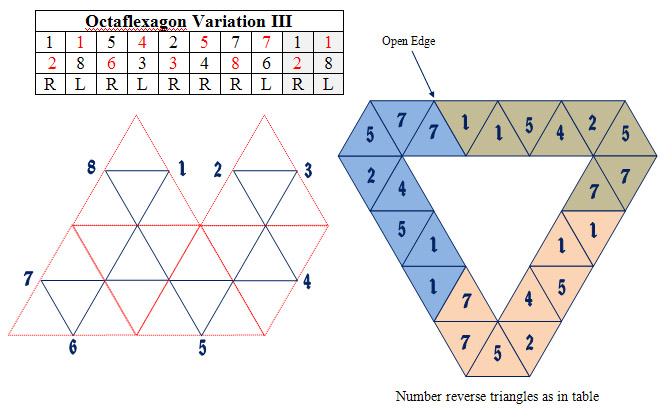 This next map is a doubling of the tetrahexaflexagon map.  As with all these maps, the numbers on the reverse side of the frieze are given in the table. 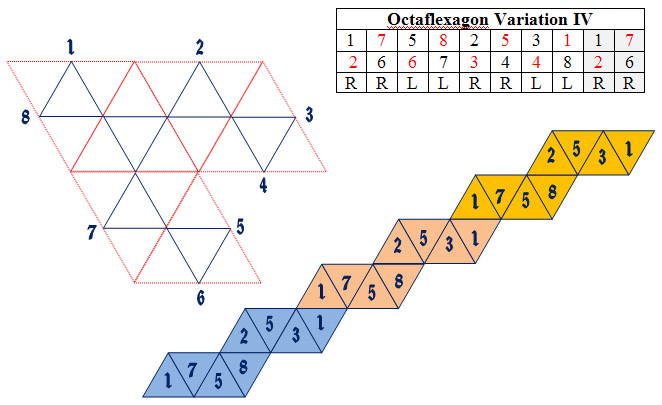 The next two flexagons also share the same frieze patten  but have different maps, folding and flexing patterns.  Here is the first one:

Here is the second map associated with the same frieze pattern as above: 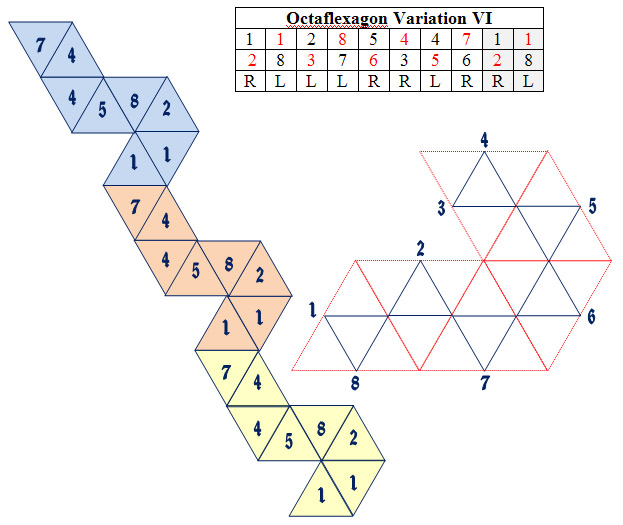 This next map and frieze has an interesting pattern.  Here it is: 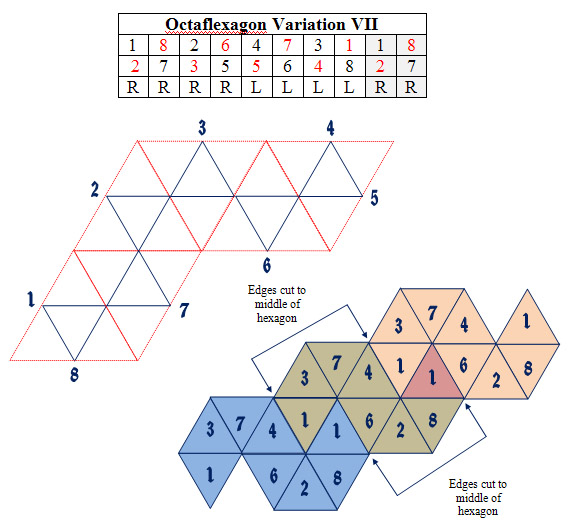 This next frieze has some excellent properties.  The frieze can be cut from a Hexagon in three identical shapes.  These shapes can then be connected into the frieze that makes two twists.  The resulting pattern is a ring of three connected hexagons. The face numbers for the reverse side are in the second row of the table as for all these patterns.  Check it out: 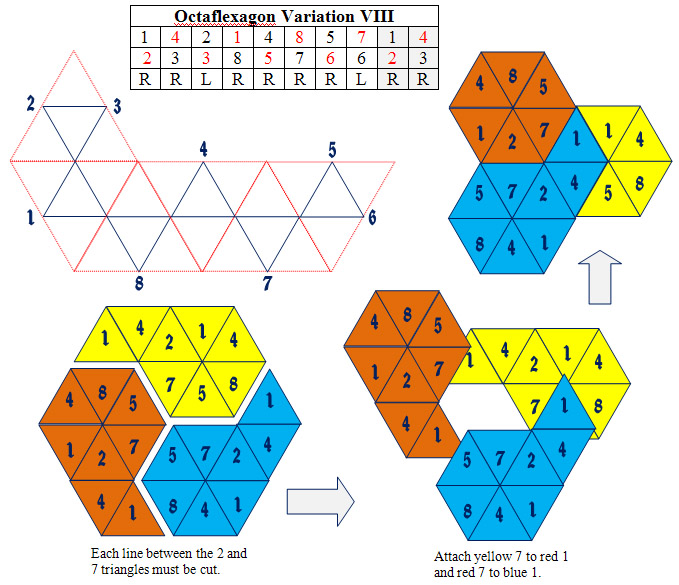 Here is the second Map to this facinating frieze pattern: 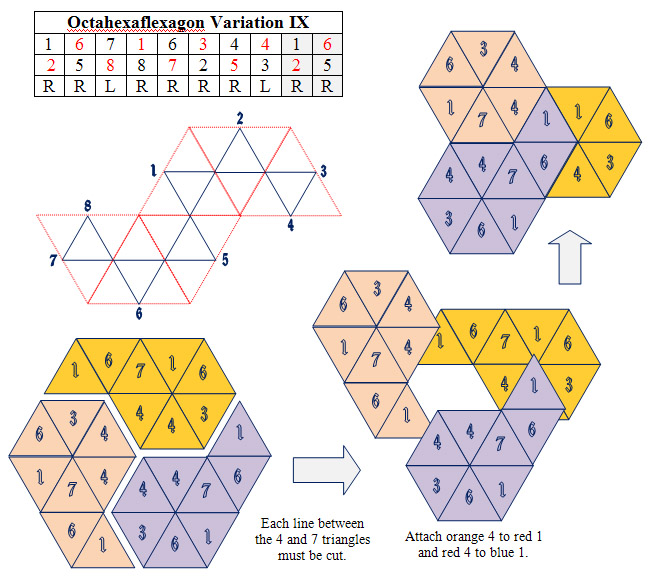 This next Map is the last of the frieze patterns.   Note that this is the first map that wraps back on itself.  There cannot be isolated loops in the maps so I have separated the start and end edges a little to make it clear they are not joined. There are nine faced flexagon maps that will twist back on themselves in three dimensions.  This is where diagrams become difficult! This flexagon has some nice properties I will add at some point in the future.  The next  three maps variations will create the same frieze pattern but different face numbering.  Here is the first one; 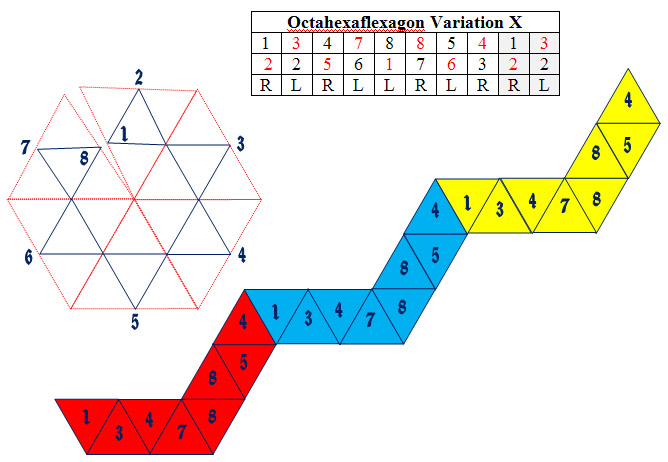 Here is the second map for this stair step frieze: 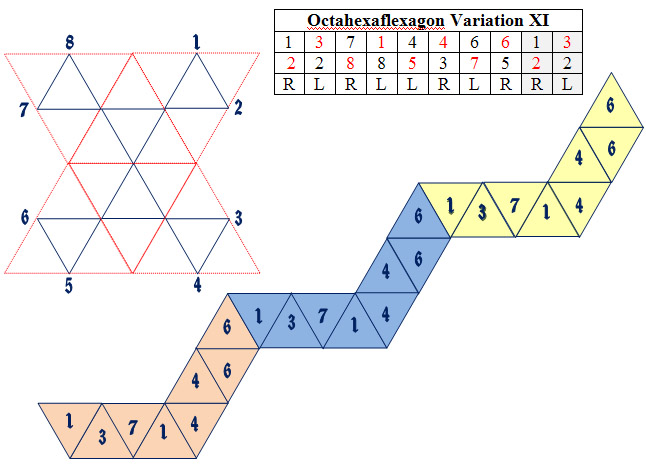 Here is the final map for this frieze: 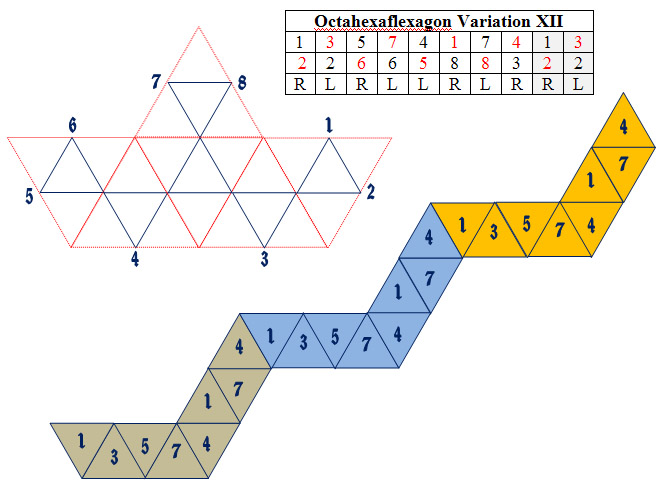